Rep. Leutheuser willing to work with Gov. Whitmer on new budget but wants spending reined in 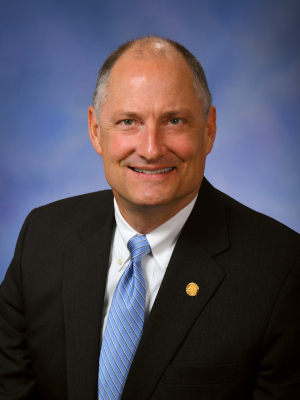 A Michigan state Republican suggested a willingness to work with the governor on her proposed budget, but not with what he called “a laundry list of increased spending.”

Rep. Eric Leutheuser’s (R-Hillsdale) Feb. 6 comments are in response to Gov. Gretchen Whitmer’s $61.9 billion budget proposal, which is a 3.9% increase for the next fiscal year.

“I can say with confidence I will not support a plan that includes a laundry list of increased spending measures like the one the governor proposed today,” Leutheuser said in a statement to Michigan House Republicans.

The Republican legislator pointed to Gov. Whitmer's proposed $4 million cut to the Food and Agriculture Investment Program. The agriculture program awards grants for expansion projects related to the industry. “Agriculture is a cornerstone of our community and our state, and I am disappointed the governor cannot look outside of her own roots to recognize that,” he told Michigan House Republicans.

“Our future depends on making strong investments in these core priorities,” Gov. Whitmer said, “and while we cannot correct decades of underfunding overnight, particularly in the area of education, this budget builds on last year’s budget to provide additional funding in these critical areas," as reported by UpNorthLive.

For education, the proposal includes increases for per-pupil spending, adds $60 million to special education services and $42 million to expand access to preschool programming, according to APNews.

It would also add $86.5 million to bolster the number of physicians in rural and underserved areas through a debt-reduction plan and provide $37.5 million for the Healthy Moms, Healthy Babies program, says the Detroit Free Press.

Environmental investments include $40 million for climate-resilient infrastructure grants, $20 million for "rapid response" to contamination and $10 million for farmers to execute conservation practices, according to the Detroit Free Press.

“I do agree with the governor’s ideas further bolstering our state police force to help keep our communities and residents safe, which should be the No. 1 priority of our government,” Leutheuser told Michigan House Republicans. “This is just the first step in the budget process. We want to work with the governor, but the Legislature will consider these recommendations and ultimately create its own proposal over the coming months.”

Want to get notified whenever we write about any of these organizations ?

Sign-up Next time we write about any of these organizations, we'll email you a link to the story. You may edit your settings or unsubscribe at any time.